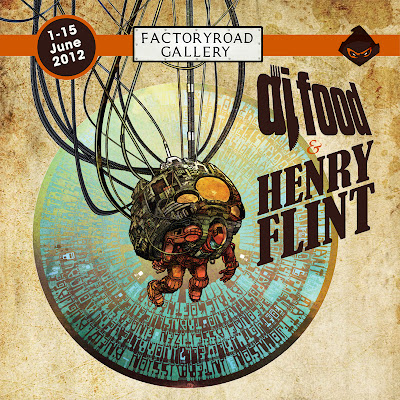 Factoryroad Gallery are ridiculously excited to announce our new show!

As usual there'll be locally-brewed ale by Church End Brewery, themed food by Jed Smith and things to buy.

DJ Food (aka Strictly Kev aka Kevin Foakes) is not only a friend but a musical favourite whom we've known and admired since 1996. Something of a role model for Factoryroad, his role in the evolution of one of the most important independent record labels, Ninja Tune, and the musical genres it nurtured cannot be underestimated. His career has evolved steadily along a rich and productive path, and is interwoven with many other significant artists and genres. He is also recognised for his contribution to the evolution of digital scratch technology and expanding the possibilities of turntablism, as well as being responsible for the majority of Ninja Tune's artwork and visual direction.

Henry Flint is a long established comic artist who came to prominence on 2000AD, drawing Judge Dredd. Kev has been a fan and collector of his artwork for years and finally achieved his ambition to work with him when he collaborated on his most recent album as DJ Food, 'The Search Engine', released in January this year. You'll see Judge Dredd making an honorary appearance below (in pictures from the original show at Pure Evil) and his comic book work has the writhing, muscly appearance you'd associate with big superheroes wielding massive weapons and snarling metal-headed foes. Tiny details, massive explosions, lip-curling grimaces and alien skins are all rendered in juicy blank ink, spontaneous yet minutely rendered.

Kev will be joining us for an ale on the night.

Opening night attendance is strictly via an RSVP to: gallery@factoryroad.net
Please let us know you're coming!

You can read about Henry Flint here:
http://henryflint.wordpress.com/

Opening night Friday 1st June 2012
Show open until Friday 15th June (viewing welcome at any time, but by appointment - please email us to check we will be able to show you around!) 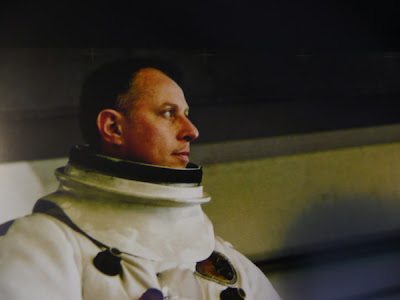 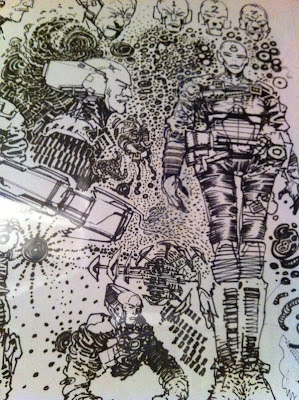 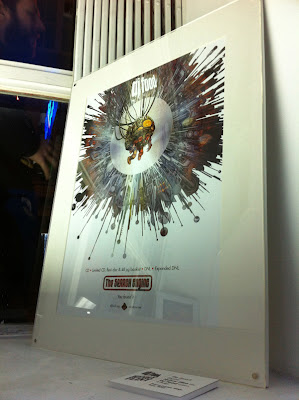 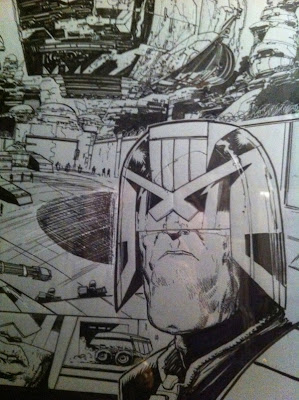