Question: What have all these photographs got in common?Is it:
a) they all have human beings in them?
b) they all seem to have been taken in front of some kind of drawing?
or is it
c) they all show ABSOLUTELY MASSIVE SMILES?

The answer is ALL of the above, but eleven million points if you guessed C, because that is the right answer!

Yep. When we asked Richard Hogg to come and play in the gallery space, we hadn't bargained for the swooping great lift in our spirits he would bring with him. Or the special animals packed in his magic Google case. Or his skills with unprompted tea-making. Nor did we see the massive onion rings and pink fairy armadillo cakes coming.

From the moment he swept in through the door in a red cardy laced with autumn chill and a Dulux colour chart you wanted to eat, we knew we'd made a good decision. A week in the Factoryroad/Inkymole studios not only produced a magical wall painting which grew drawing-by-drawing plucked daily from the environs, it brought walls full of much-purchased prints and unprecedented smiling from every human who crossed the threshold. Richard's work, who many will be familiar with, has the ability to distil an occurrence, a thought, a scenario, with the delicious simplicity of a man who sees right through the flimflam and into the essence of something...and then draws it for you with love and care. It's childlike in its directness, but not childish. But his work can make you feel five again, and light on your toes.

They say every day's a school day, and during the week we were allowed to look into his sketchbooks and his toolboxes, and bits of his brain. We all had our work to get on with of course, so every pause to YouTube a newly-discovered animal (a list is provided at the bottom) or put on a record was chastened by a feeling that 'we need to get on', but we needn't have worried; the work flowed, in a surprisingly grown-up kind of way. We even stopped for lunch every day, boiled sweets and only played Richard's game a bit.

The opening night was full of people sipping the ale, the specially-requested Corona'n'lime, and eventually once the beer took hold, the cups of hot pumpkin soup and fresh-made bread. And they couldn't stop smiling. Even the walls were smiling. Everyone played nicely on Hohokum, Richard's game (which to the annoyance of the children the next day CAN'T be downloaded anywhere yet!) and no-one Hogged the controller.


We can't really say a lot more other than the technicals at the bottom, as we think the pictures speak for themselves. Which is after all what every illustrator really hopes for, isn't it?

A full gallery of images from the opening night can be seen here: http://gallery.me.com/inkymole#100021

And one from the next day's pumpkin-carving too: http://gallery.me.com/inkymole#100028
Scroll down for more, after the smiley photos. Taken by Michelle Campbell and Inkymole. 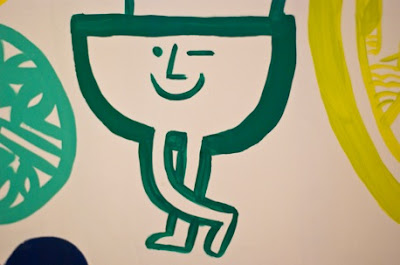 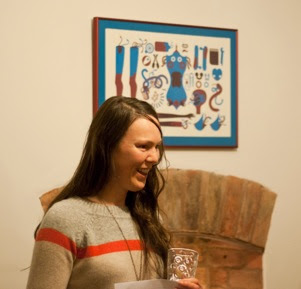 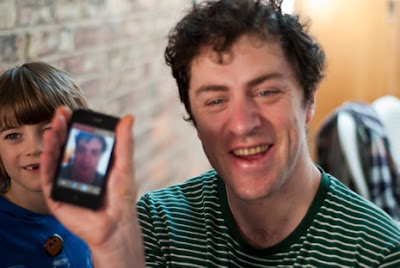 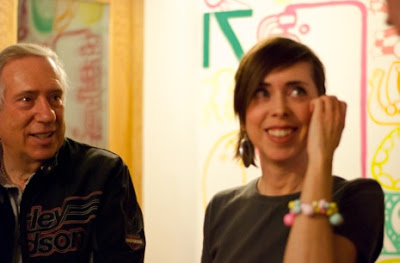 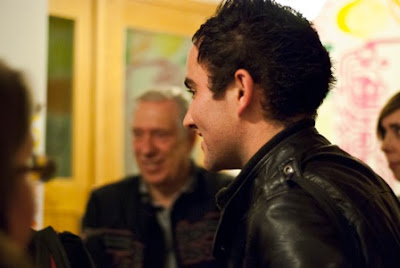 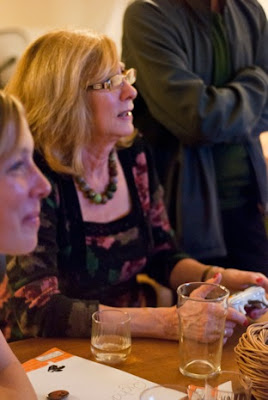 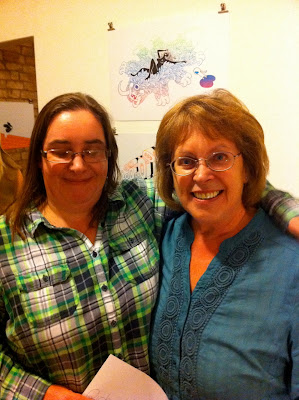 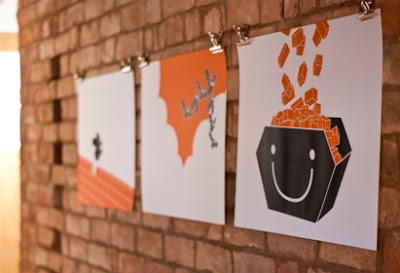 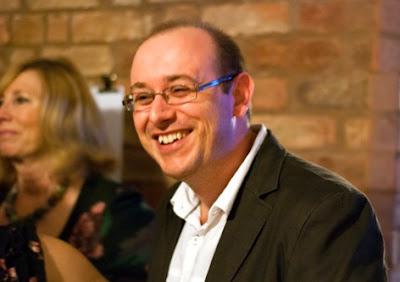 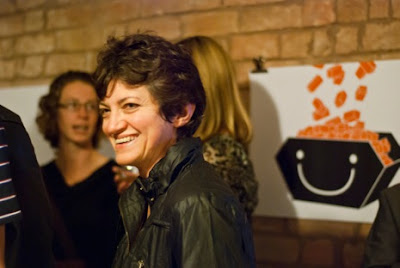 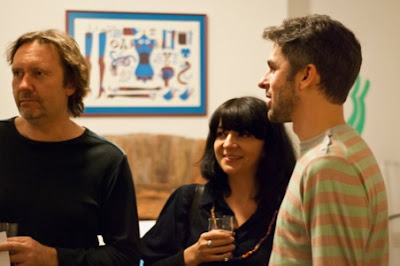 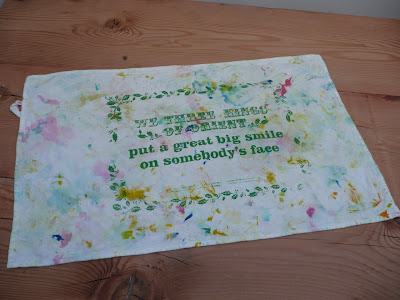 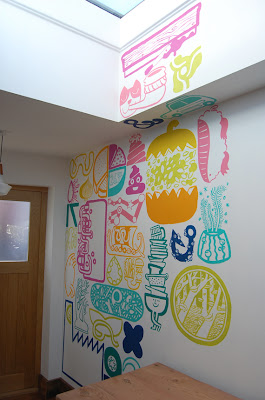 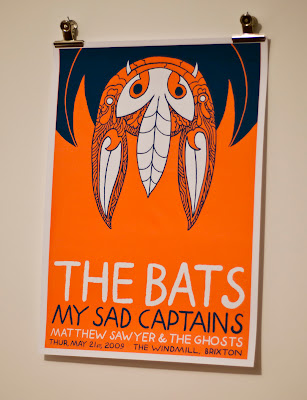 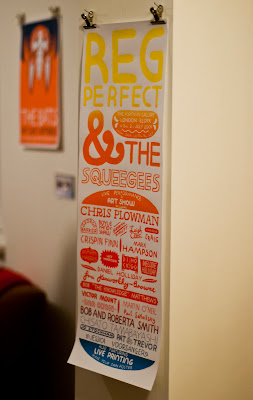 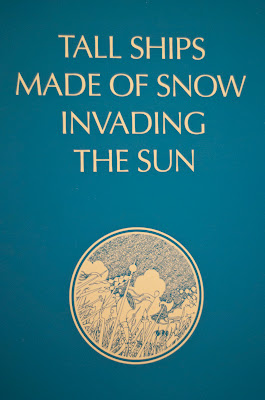 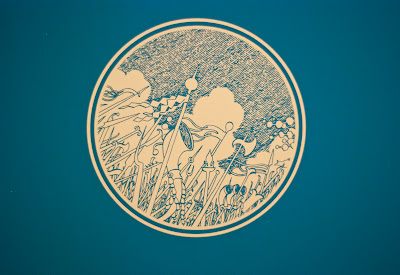 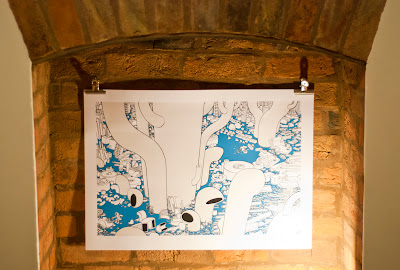 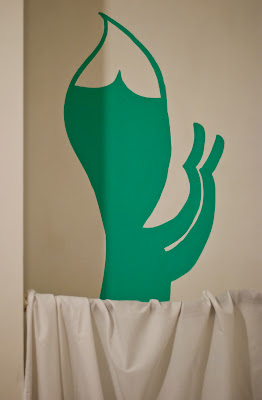 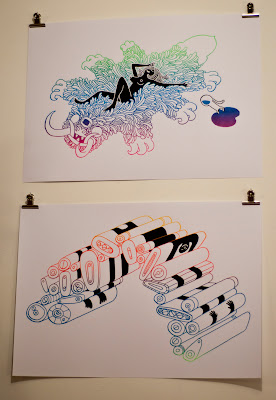 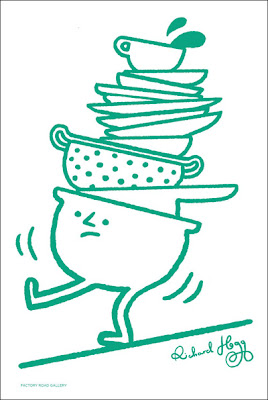 Richard designed these special teat owls for us, which you can buy in the Factoryroad shop:
http://www.factoryroad.bigcartel.com/product/richard-hogg-tea-towel

And here are some animals about which you will spend the rest of your day thinking, 'how did I not know about these before?'
- Axelotl
- Pangolin
- Pink Fairy Armadillo

Herculean thanks to Grimsby Fishery, Leicester.