Saturday 6th saw the inaugural show in the Factory Road gallery - a new venture which gets its own blog from 2011!

For the last time me, Tom Hare, Ed Garland and Anthony Saint James resurrected The Witches, the body of work created originally for TBWA's Hallowe'en show in Manchester, and expanded on for its own show last October at the East Gallery, Brick Lane, London. Neither Anthony nor Ed could be present since they're in different parts of the world, but Tom came to dress the space with trees and help paint the faux-shadows behind them...of which one guest said he was 'taken apart' on noticing a crow without any obvious physical origin...

The space works exceptionally well as the gallery we intended it to be when we started planning a couple of years ago but, as with every show we've ever done, erecting it was a far more complex matter than just lining up a few framed bits and some foamboard labels. A week was spent plotting where things should sit, hang and be lit, the end result eased supernaturally into its space by Tom's trees, which appeared for all the world to emerge from the floor as if they'd forced their way through in the middle of the night. The soundtrack couldn't be live this time (we had Demdike Stare play live at the London show), but was a nonetheless murky compilation of Demdike, Boards of Canada, Marcus Fjellstrom and assorted grainy voodoo songs of bedevilment and woe.

Guests were treated to locally-brewed ale and home-made breads, made by Bob who installed himself in the kitchen for most of the evening. Danielle, who shall shortly make an appearance in another blog, worked tirelessly to keep the tea going and produced bowls of dal and piles of chappatis. There were many others involved in the smooth running of the evening, which was overall a very satisfying experience despite contrary weather and the dazzling rival charms of the many fireworks popping outside.

There's a sequence of shows planned for 2011 and beyond, so keep your eyeballs peeled for news and invites. We're excited. 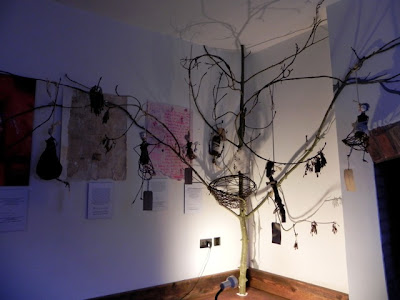 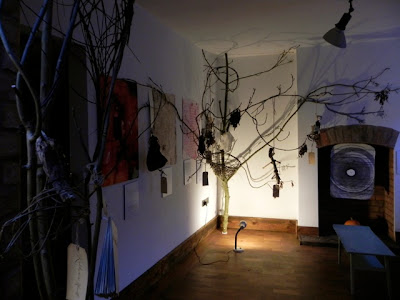 A long view of one half of the space. 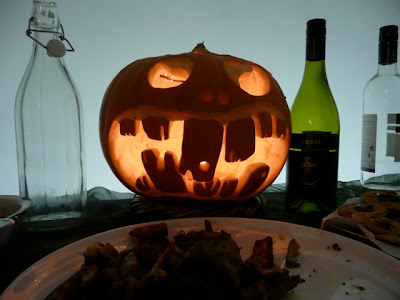 This fella carved by Simon Wood greeted anyone reaching for food. 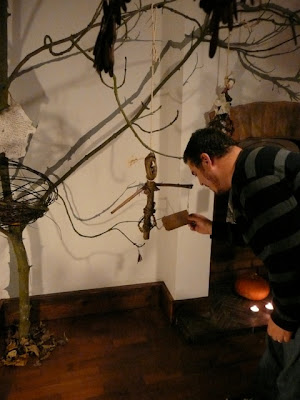 ...and this is said carver, Mr Wood. Mr Wood, meet Chattox, who is made of wood. 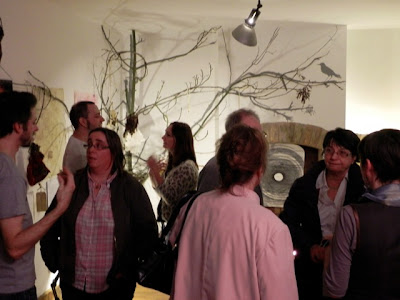 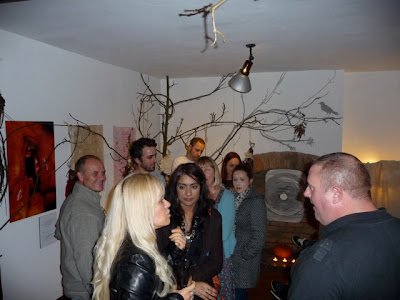 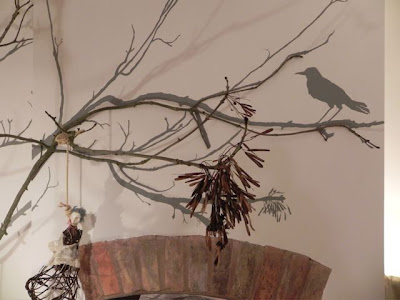 Here's a close up of the missing crow. 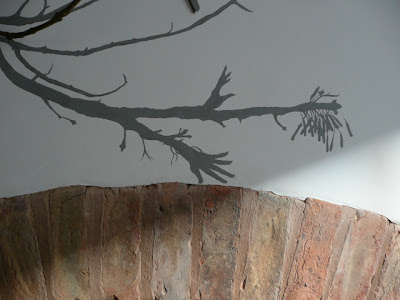 And the emerging human hand branches. 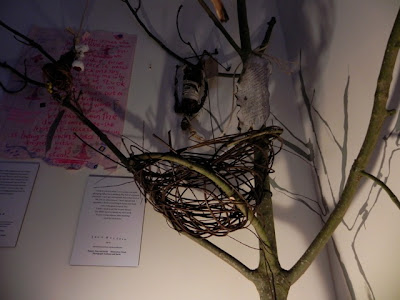 Nesting in front of work in progress. 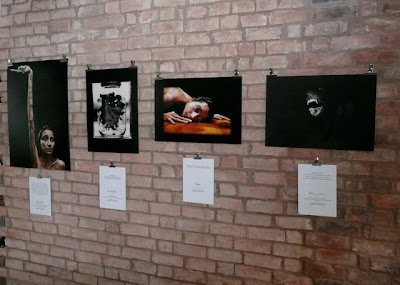 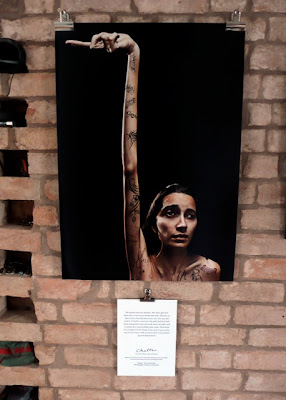 The evil Chattox, head of the most heinous family and arch enemy of Demdike, here re-envisoned by Anthony as an inked up self-carving young haggard. 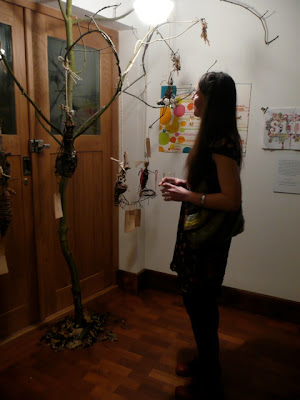 And ponderment - the talented Mrs Tranter, who also shares a special relationship with the trees and whose work is starting to grace our home. 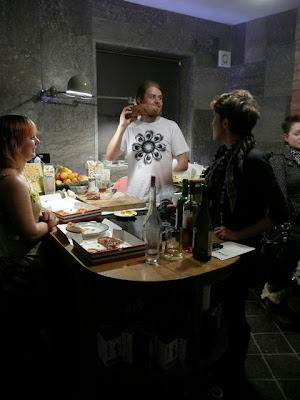 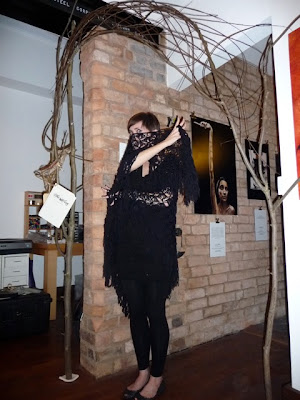 This shawl, in constant use in winter months, was crocheted by my mum in 1979.
Top Shop Vintage can bugger off: this is an ORIGINAL!
Posted by Sarah J Coleman at 04:16